ECHA steps on the brakes

Against expectations, in February the European Chemicals Agency (ECHA) chose not to submit the opinion of its two subcommittees on microplastics to the European Commission for the time being. Why not and what does this mean for the future? 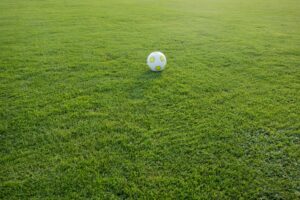 When ECHA announced in mid-December that the Committee for Socio-Economic Analysis (SEAC) had also submitted its opinion, it was in fact not allowed to have a name. The entire process up to that point had proceeded as anticipated. Since the opening of the file on whether the European Commission should ban the sale of microplastics as an additive to products, in order to reverse the problem of microplastic contamination, the whole process went according to plan. In the meantime, ECHA had consulted and written preliminary opinions on the available literature, industry and the market, and was open to feedback on those documents. This allowed the Risk Assessment Committee (RAC) to announce in June last year that it had decided to support the proposed ban on the sale of plastics smaller than 5 mm in diameter. The RAC was generous enough, however, to recommend the option with a six-year transition period. That should give those involved enough time to respond to developments. The SEAC’s final assessment was also on schedule, were it not for the fact that the motivation for choosing not to express a preference for the assessed risk management options, but to let that choice depend on policy priorities, was dragged out over the holidays. That was the first indication that all was not well. That only became really clear in February, when the ECHA asked the RAC to develop an additional opinion.

The decision was prompted, among other things, by the publication of Technical Report 17519 by the European Committee for Standardization (CEN) and the results of a study by Magnusson and Mácsik of the Swedish consulting firm Ecoloop. They came to the conclusion that with a third generation artificial turf pitch that is equipped with the right measures, the spread of infill can be reduced to 2 g/m2. Technical Report 17519 of the CEN describes the measures that can be taken to achieve this. Both documents became public only after the RAC had already submitted its assessment. Because the SEAC had had the opportunity to weigh up the knowledge from those studies, ECHA decided that the RAC should also be given the chance to do so. This because in June the RAC had no choice but to conclude, based on the information available at that time, that it could not be assumed that the dispersion of infill could be minimized to a maximum of 7 g/m2 , which the SEAC had already said it was willing to accept at the start of the whole process. The RAC was also concerned at the time that the application of such measures could not be adequately advised or required due to the absence of European rules and recommendations. Therefore, the ECHA formally requested the RAC to read the publications, discuss them and, where necessary, reconsider its opinion.

CEN/TR 17519 (Guidance on how to minimize infill dispersion into the environment) describes what can be done to minimize the dispersion of infill from an artificial turf field. The document can be ordered from the Royal Dutch Standards Institute (NEN). This document discusses the conditions with which an artificial turf carpet and the construction and design of an artificial turf system must comply, the method of maintenance and the way in which the artificial turf must be removed without spreading infill into the environment. In addition, it deals with the technical designs of possible solutions, such as run-out grids, shoe brushes, edge boards, concrete slabs and special drainage systems. CEN/TR 17519 is above all a recommendation, but one that has now been embraced and referenced by FIFA, the World Rugby Federation, the FIH and a whole host of other federations. Much of the information from CEN/TR 17519 can now also be found in the FIFA handbook for testing methods, while the KNVB has incorporated the knowledge into the pitch selection tool on its website. This embrace of a European recommendation by all relevant international sports federations is now partly the reason why the ECHA has asked the RAC to look into whether the publication of CEN/TR 17519 is an adequate response to the reservation expressed by the RAC as recently as June last year.

What is the conclusion of Ecoloop?

Once it became clear last year what the content of CEN/TR 17519 would be, the ESTC – EMEA Synthetic Turf Council asked the consultants from the Swedish company Ecoloop to investigate the effectiveness of the solutions discussed. Following the ECHA, consultants Magnusson and Mácsik also conducted literature reviews. They now recommend establishing three zones for each artificial turf field: the playing field itself, the entire field up to the fence, and a zone covering everything outside the playing field. As long as the infill stays within the fence of a field, the authors argue, its dispersal is not problematic because that is where it is supposed to be. It only becomes so in the zone beyond, where it enters the environment. The most striking thing about the study is that Magnusson and Mácsik explicitly nuance the ECHA’s assumptions. Already at the start of the dossier, the ECHA chose, in the absence of sufficient independently substantiated opinions, to lump all artificial turf systems throughout Europe together. The benchmark in this regard was the microplastic contamination from rubber-infused fields that had been observed in Scandinavia during the winter. Magnusson and Mácsik now conclude that the indiscriminate removal of snow from such a field can lead to about 900 kg of infill disappearing from the field per year. In most countries, however, training and competitions are halted in severe winter conditions. The conclusion drawn by the ECHA at the time is therefore not representative of all artificial turf fields in Europe, they conclude, making the role of artificial turf less serious than the ECHA makes it seem.

How can you limit dispersal?

Magnusson and Mácsik note that an artificial turf field whose snow is not cleared loses “only” 467 kg of infill per field per year to the environment. Moreover, they draw the remarkable conclusion that the maintenance material is the biggest source of unwanted spread. By providing each field with its own materials, the spread of infill can be further reduced. A third-generation artificial turf field with its own maintenance material that always remains within the boundaries of the field loses only 252 kg of infill per field per year. If edge boards are placed around that pitch, the amount goes down further to only 127 kg per pitch per year. Brushes where players can wipe their shoes remove another 79 kg per field per year, while cleaning the maintenance machines that leave the field can save another 18 kg per year. Finally, the installation of filters in the drainage around the field can be considered. In that case, an additional 15 kg of infill per field per year can be recovered. The combination of a cleverly designed synthetic turf system with little splash and various management measures can result in an artificial turf field losing 98 percent less infill than initially assumed by the ECHA. According to Magnusson and Mácsik, the loss would be limited to only 15 kg of infill per year per field instead of the assumed 52 kg. Of course, the figures are indicative. Nevertheless, ECHA wants to be sure that the savings suggested by Magnusson and Mácsik can actually be achieved; therefore, the RAC was asked to investigate.

By providing each pitch with its own materials, the dispersion of infill can be further reduced

In order not to cause undue delay, the RAC has been asked to deliver its updated opinion by June this year. If so, the ECHA will be able to transmit both opinions to the European Commission as scheduled.
What impact the new information will have on the opinion given by the RAC last year is difficult to predict. According to rumors, the members of the RAC are still not convinced that dispensation should be granted for the proposed ban when it comes to infill for artificial turf fields. No matter how you look at it, the ECHA continues to believe that infill from artificial turf is the largest source of microplastic contamination. The European Commission wants to achieve a reduction of 400,000 tons of microplastic pollution by 2040 and a ban on infill for artificial turf will bring the EC home quickly with big steps. For now, it is assumed that all European artificial turf fields together bring 16,000 tons of microplastics into the environment each year.

Starting in June, European member states will begin discussing the ECHA’s assessment. Before the end of the year, a decision will then be made on whether or not to ban the sale of microplastics as additives. That decision will then affect all industries, including those for toothpaste, makeup and paint, just three of the many examples of consumer products in which microplastics are also used. If a decision is reached, it will first have to be reviewed. That process will take three months, so the European Commission’s decision may not take effect until early 2022. One option is to definitively ban the sale of infill in six years, the other to tolerate the material, provided that artificial turf fields are equipped with measures that minimize off-field dissemination to 15 kg per year per field. The industry association BSNC is currently working on a new version of the duty of care document, which describes many of the necessary measures. The BSNC also has a clear opinion: not only is the spread of rubber infill undesirable, but the spread of natural infill must also be minimized – if only to prevent your investment from literally flowing away into the wider environment. It therefore seems inevitable that investments will have to be made in measures or that alternatives will have to be expressly considered. The days when an artificial turf system was chosen solely on the basis of the lowest price are over.

Image by Michael Schwarzenberger via Pixabay

Source: FIELDMANAGER
Also Read: ECHA imposes restrictions on the use of lead for outdoor shooting and fishing